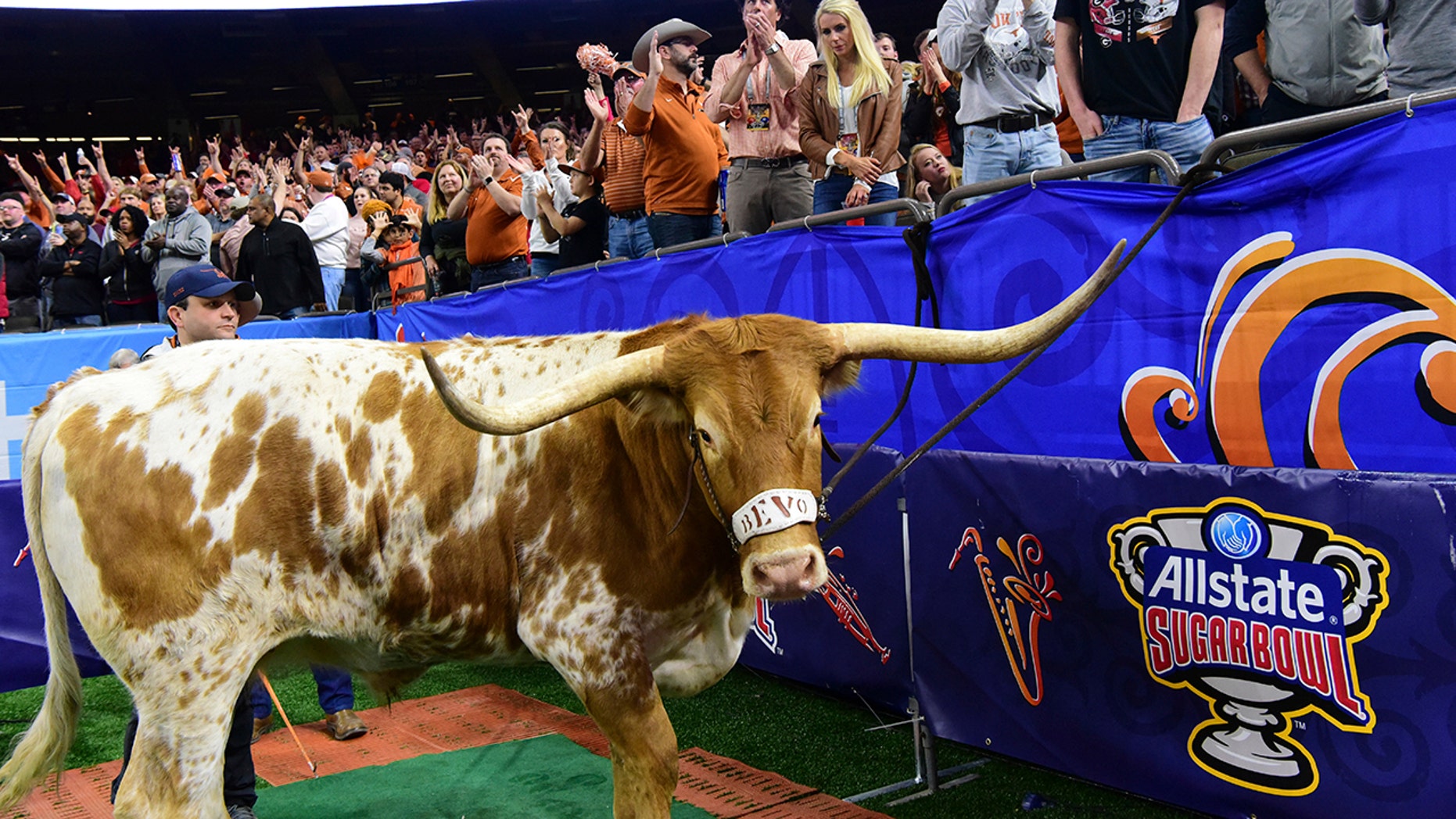 The University of Texas mascot (Bevo) on location Tuesday, January 1, 2019 at the Allstate Sugar Bowl. (Cheryl Gerber/AP Images for Allstate)

The Bulldogs’ mascot Uga, who’s a Bulldog, was charged on the sideline by Bevo the Longhorns’ steer. This happened before the college bowl game. This caused PETA to take notice.

“It’s indefensible to subject animals to the stress of being packed up, carted from state to state, and paraded in front of a stadium full of screaming fans, said PETA Senior Vice President Lisa Lange.

“It’s no surprise that a skittish steer would react to a perceived threat by charging, and PETA is calling on the University of Texas and the University of Georgia to learn from this dangerous incident, retire their live-animal mascots, and stick to the talented costumed mascots who can lead cheers, react to the crowd, and pump up the team.” 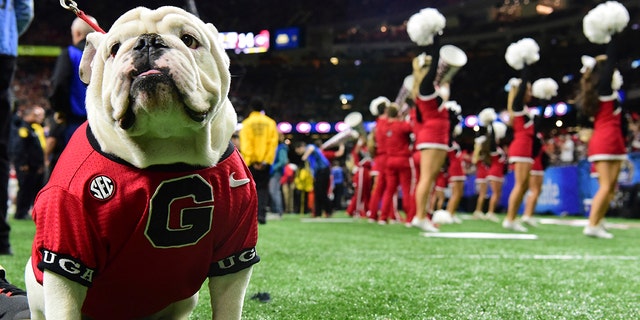 The University of Georgia mascot (Uga) on location Tuesday, January 1, 2019 at the Allstate Sugar Bowl. (Cheryl Gerber/AP Images for Allstate)

PETA officials sent notices to both schools. They aren’t happy that live animals are still being used at different sport events.

“Being forced into a stadium full of bright lights, screaming fans, and frightening noises is stressful—even terrifying—for sensitive, intelligent animals like longhorns, and this stress could cause Bevo to react in ways that might result in injury to himself or others, as we saw this week,” Neel Parekh, another PETA official said who attended Texas in the past.

“Dogs deserve better than to be shuffled from game to game as if they were sporting equipment. Being forced into a stadium full of bright lights, screaming fans, and frightening noises is stressful—even terrifying—for sensitive animals like dogs, who would much rather be at home with their loving guardians,” said Emily R. Trunnell, a PETA official who went to Georgia.

None of the Universities have said anything about the incident.

Tennessee, Colorado, and the University of Oklahoma also use live mascots.

Simple Dog Tricks That Leave You Wanting A Dog

Dondon is a ladies man. And not just any kind of ladies -- he loves being surrounded by lovely, charming female flight attendants! Whenever...

Simple Dog Tricks That Leave You Wanting A Dog

The Magic Trick That Left A Dog Searching

Watcher On The Wall: Sad Reason Why This Dog Is Always...